The KORU project aims to ‘build capacity’ in Turkey – developing and strengthening the skills needed to survive, adapt, and thrive – for Mardin’s local monument protection sector, and encourage a wider engagement with cultural heritage.

The KORU Project is working in Turkey to protect the rich heritage in the southern cities of Mardin and Antakya. The project is run in partnership with Kültürel Mirasın Korunmasında Kapasite Geliştirilmesi (Association for the Protection of Cultural Heritage), who are based in Istanbul, and is funded by the British Council’s Cultural Protection Fund in partnership with the Department for Digital, Culture, Media and Sport.

Running for three years until March 2020, the project has documented buildings-at-risk, renovated and improved the energy efficiency of a historic tenement, developed heritage conservation training and workshops for among local communities, increased capacity of heritage managers in Turkey and Edinburgh, and helped implement a sustainability programme for historic sites. This included energy efficiency measures and associated training as well as a sustainability declaration for architects and engineers.

The KORU project involved a wide range of professionals from Turkey and Scotland including: Edinburgh World Heritage, KMKD, the British Council, the Museum of Mardin, Smith Scott Mullan, and local conservation offices in municipalities in Turkey.

Keep up to date with this project via:

Where is the project taking place?

The project has worked primarily in Mardin and in Antakya in south eastern Turkey, near the border with Syria.

Located in South East Anatolia, a major crossroads between Asia and Europe, the region has a rich and ancient history. This is reflected in its abundance of archaeological, architectural and cultural heritage sites influenced by Roman, Greek, Assyrians and Ottoman culture, to name just a few, and lies within the borders of Mesopotamia, the cradle of one of the world’s most ancient civilisations.

In more recent times, the close proximity of both Mardin and Antakya to Syria have seen the civil war occasionally spill over the border.

What is the project doing?

The project has four main pillars:

The project is working to set up an online buildings-at-risk register (BARR) for Mardin and Antakya in order to document the historical buildings in the city and highlight those that are in greatest need of conservation and repair. The development of the BARR was informed by a study visit to Newcastle in 2018, where the English equivalent of the BARR is managed. We have completed the surveys of Mardin and Antakya with 1076 buildings recorded and analysed in Mardin and Antakya. The database will be available to view on the KMKD website and shared with the two local municipalities and independent heritage professionals who can use it to prioritise future conservation projects. We have developed the BARR as a starting point with the idea that it can be expanded and new cities added in the future. 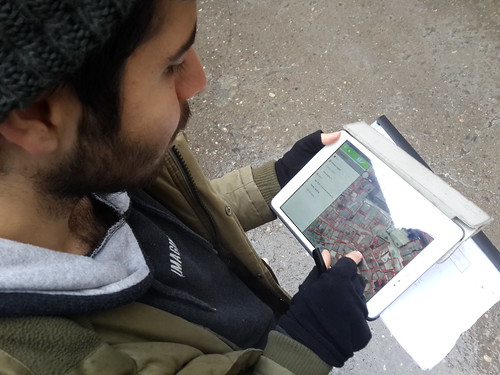 The KORU project has designed and implemented a comprehensive training programme for the multitude of stakeholders involved in the heritage restoration and conservation process. We have organised 18 training sessions over the course of the project with a total of 259 attendees. They include: practical training on maintenance for stone masons at St. Mary’s Cathedral Workshop, carpenters and historic property owners; conservation management and awareness training for heritage professionals and teachers in the public and private sector; and best practice guidance for professional tourist guides and journalists who report on conservation and culture. Some of the trainers included Edinburgh-based experts and professionals who worked alongside local specialists. This approach added another layer of effective capacity building through learning and exchange of expertise between both sides of the project. In addition to these trainings we have organised two week-long summer camps for 52 university students from across Turkey in Mardin and Antakya. The first camp took place in Mardin in September 2018 and focused on three main themes: Architectural Conservation, Crafts and Furniture Conservation, and Cultural Heritage Interpretation. In the second iteration of the camp in Antakya in September 2019 we added a fourth theme focusing on condition assessment of historic buildings and QGIS mapping software. For more information about these camps have a look at our blog posts. 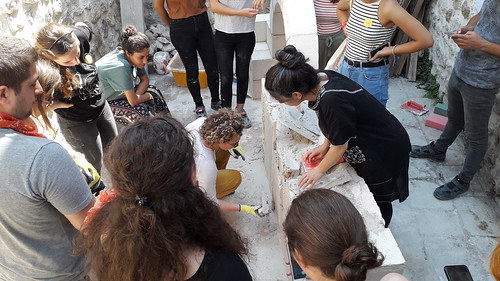 Finally, we organised two Heritage Leadership Schools here in Edinburgh for the emerging leaders of the heritage sector in Turkey. For these we invited a select group from our previous trainings and ran a week-long programme designed to enhance their leadership and decision-making skills in heritage management. In these trainings Edinburgh was used as a tool to explore different practices, what has worked and what hasn’t. This allowed the participants to see a different form of conservation practice and use them to develop their knowledge and practice in Turkey. You can read more about the leadership schools here. 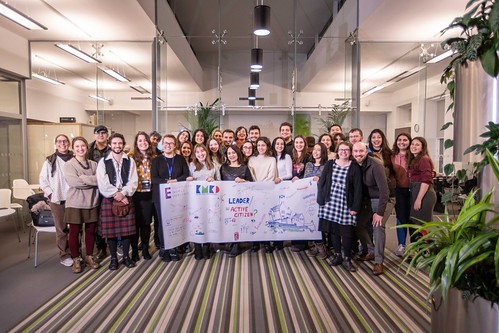 In recent years, the historic centre of Mardin has witnessed depopulation as people move to newly-built apartment blocks that offer a more contemporary lifestyle. This is not too dissimilar to problems Edinburgh was facing in the Old Town in the 1960s and 70s. In order to help stem this trend the KORU project took on the restoration of a traditional house.

Set up as a Restoration Lab, the conservation work set out to show best practice in preserving these historic buildings while also modernising the facilities to fit with contemporary life. A particular focus of this project was on energy efficiency and a number of different measures were taken to showcase both modern technology and simple low-cost methods that can be easily replicated.

You can read more about it in an article in Urban Realm here. The building was used as a training tool throughout the conservation process and has been converted into an exhibition space on the ground floor, and an artist’s residence on the top floor. The building will be managed by the Museum of Mardin as a conservation teaching tool. 4. Safety – recognising that the work takes place in an area of conflict

The final focus of the project was to address the issues that arise from being in proximity to conflict. This included the safety of any staff and partners involved in the delivery of the project. As well as developing thorough security policies we also delivered two security related trainings: one on personal safety and threat awareness for tour guides, and one on the principle of ‘secure by design’, a method used in Scotland that emphasises security in the design stage of buildings or public realm. Scenes from the project's first workshop for local residents and other stakeholders, in Mardin in February 2018

“This important grant is recognition for Edinburgh’s leading role internationally in heritage conservation. We are pleased to be using this experience to help protect the rich and diverse heritage in southern Turkey. Edinburgh has always been an outward-looking, international city, and this project is part of that rich tradition. Importantly, our international programmes complement and enhance our crucial Edinburgh-based work. ” The activities of the project are now coming to an end. With a total of 22 training sessions, 310 people trained and a successful restoration, the project should be seen as a success. We are in the process of putting together an online exhibition that will showcase the varied arms of the project and will be available through this website. Watch this space.